Since 2009, Relais & Châteaux has worked extensively to raise awareness of sustainable seafood. For the fifth consecutive year, we will celebrate World Oceans Day in partnership with Ethic Ocean.
Learn more

For this year’s World Oceans Day, on June 8th, the United Nations has chosen the theme “Revitalization: Collective Action for the Ocean”, in order to raise awareness of the importance of working together to create a new balance with the ocean – one that no longer depletes its bounty but instead restores its vibrancy and brings it new life.

To amplify this theme, the Relais & Châteaux network of 580 properties (of which nearly 20 per cent are situated directly next to a body of freshwater or the sea) is celebrating through the culinary medium of seaweed – a plant recognized for having a multitude of revitalizing, regenerative properties. Not only is it delicious and nutritious, but it is also an ally against climate change when farmed and foraged responsibly.

Hugo Roellinger, Les Maisons de Bricourt
Aisha Ibrahim, Canlis
Shinobu Namae, Restaurant l’Effervescence
Among members participating in the World Oceans Day, many of our chefs are speaking at Relais & Châteaux events and encouraging the world to take action to revitalize its oceans. 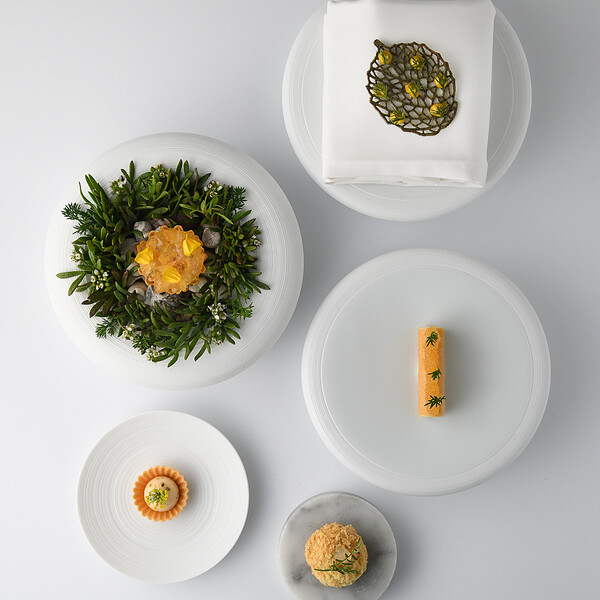 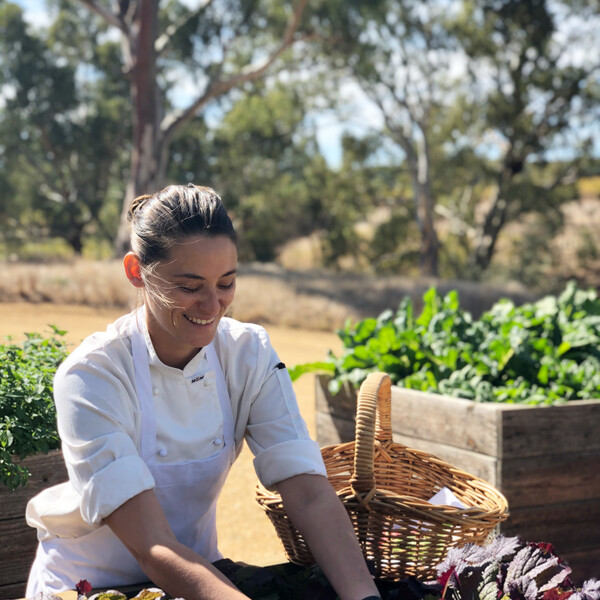 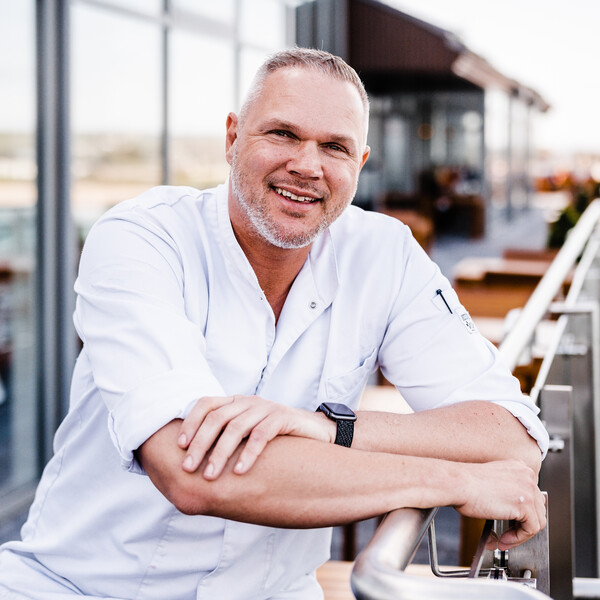 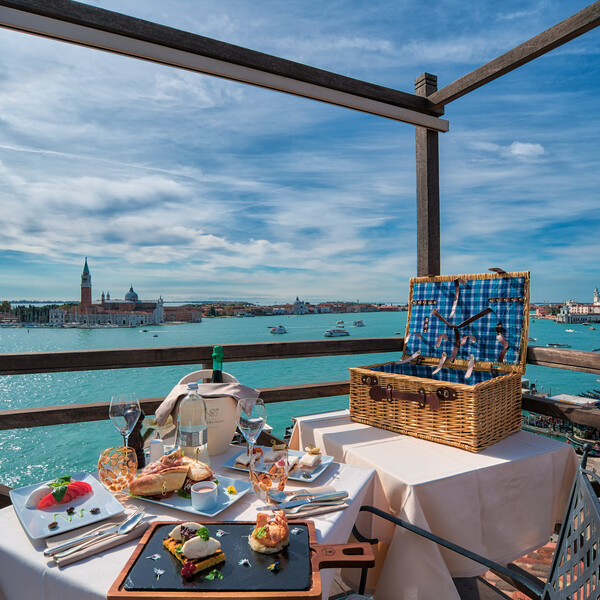 At this four-hands dinner at Agli Amici dal 1887 in Udine, chef Emanuele Scarello opens the doors of his kitchen to Matteo Metullio of Harry's Piccolo, the restaurant of the Grand Hotel Duchi d'Aosta, to celebrate the flavors of the Northeast sea. 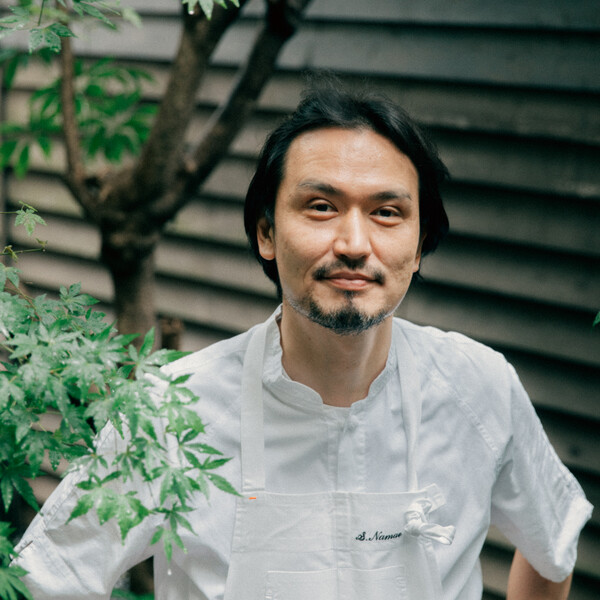 Representing the association of chefs globally, chef Shinobu Namae of Relais & Châteaux L’Effervescence – a Michelin 3-star restaurant in Tokyo, Japan – will speak on the main stage of the United Nations World Oceans Day event in New York on the 8th of June. 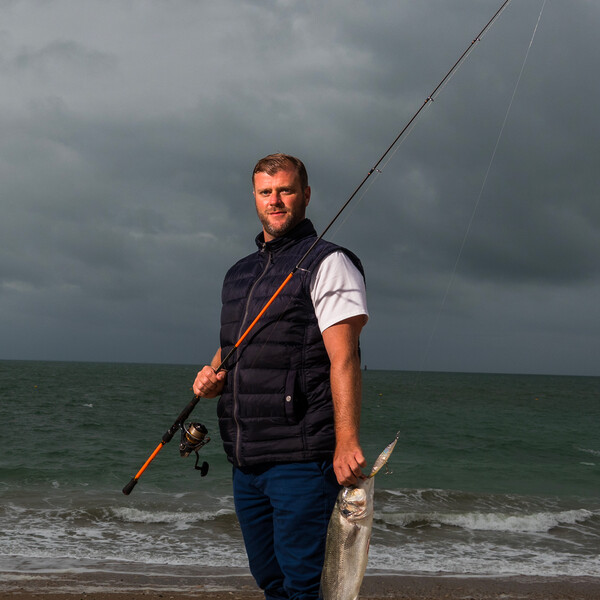 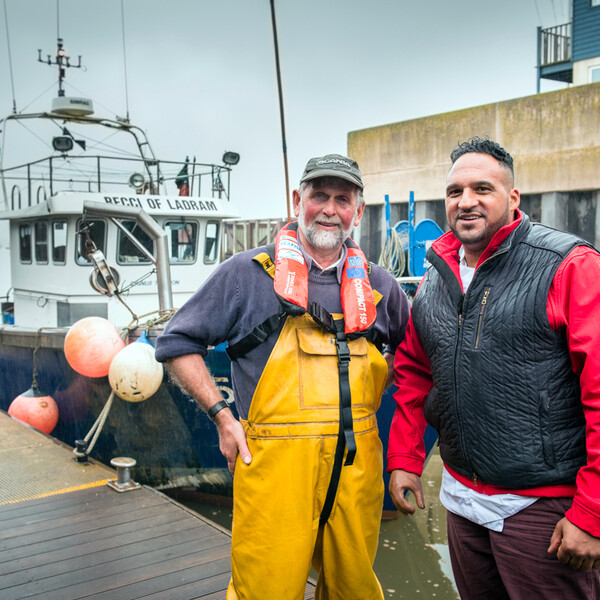 From an environmental point of view, algae have many regenerative virtues: they act as carbon sinks, depollute estuaries, decrease ocean acidification, fight against coastal erosion, and provide habitats for ecosystems of great biodiversity. Algae are also known for their nutritional benefits and low ecological impact.
Seaweed can be eaten raw, pickled or cooked as a vegetable, or served as a condiment.
In Asia, seaweed has been part of the traditional diet for centuries. Over 96 per cent of production takes place in Asia, and the Japanese consume between 7kg and 9kg per person of fresh seaweed per year.

Discover some of the seaweeds that can be cooked in the kitchen:

Nori is the most consumed seaweed in the world, can be eaten raw, pickled or cooked and has a musky and smoky taste. When dried, this red algae turns green or black, and is widely used for making maki.

Sea lettuce is a green algae, fine and flexible. It can be consumed in many ways: raw, steamed or dried and served as a rich condiment.

Sea spaghetti's smooth strips can reach up to three meters long, and can be eaten raw, sautéed or steamed.

Wakame is a large kelp that is part of the brown algae family. its fine texture and  delicate oyster taste can be eaten raw, cooked or added to vegetable broths.

Kombu is an olive-green kelp that thrives in cold waters. Widely cultivated in Asia, it is eaten in broth, fried, pickled, or served raw.

Samphire is not a seaweed, it is a plant found in the intertidal zone of beaches (the tidal zone) or marshes. In spring it forms its first branches and when mature it can reach 30 cm. The young shoots can be eaten raw, but the more mature it is, the more bitter samphire becomes. It can then be eaten steamed, boiled
or pan-fried.

Dulse is a red algae that, eaten raw, is firm and crunchy with iodine, hazelnut and shellfish notes. It is also eaten cooked, like a vegetable.

This brown algae is crunchy and fleshy with a taste that is both sweet and umami. It is found in dashi and miso soup but is also commonly used to enhance the flavor of fish during cooking.

In America and Europe, almost all seaweed is sourced from the wild. Like many other natural resources, this places seaweed at risk of being exploited. Large quantities of  seaweed are often collected with scant regard for protecting young shoots or fragile species. For example, boats that forage kelp in deep waters are sometimes equipped with large combs that tear algae from their substrate. This can have a severe impact on seabed health and biodiversity.

Farmed seaweed represents more than 96 per cent of global supplies. In Asia, Africa and Oceania, seaweed aquaculture is the main production technique. That said, there are some concerns about how the seaweed farming industry develops. For example, intensive cultivation of single species could negatively impact local biodiversity and affect entire ecosystems, just as they have on land.

THE GARDEN OF THE SEA 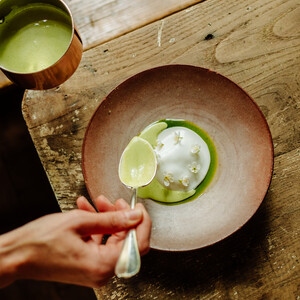 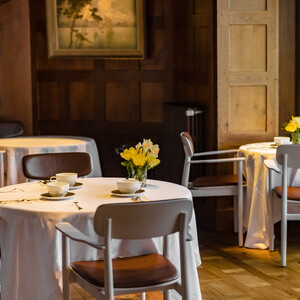 “Algae are an integral part of our surroundings, so why limit ourselves to land-based vegetables when we’re lucky enough to have a vast marine vegetable garden at our doorstep?

“I view algae as the botanical taste of the sea. It has gradually become the structure and backbone of my cooking. Though seaweed is rarely visibly conspicuous in a given dish, it’s actually omnipresent.”

HOMAGE TO THE HERO OF JAPANESE CUISINE 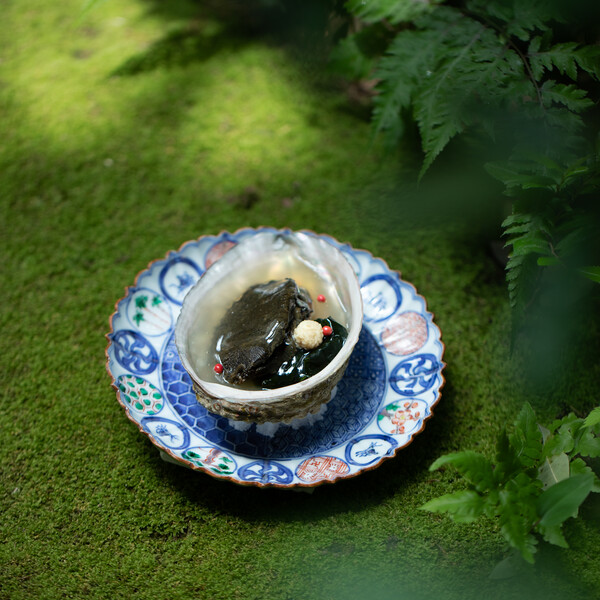 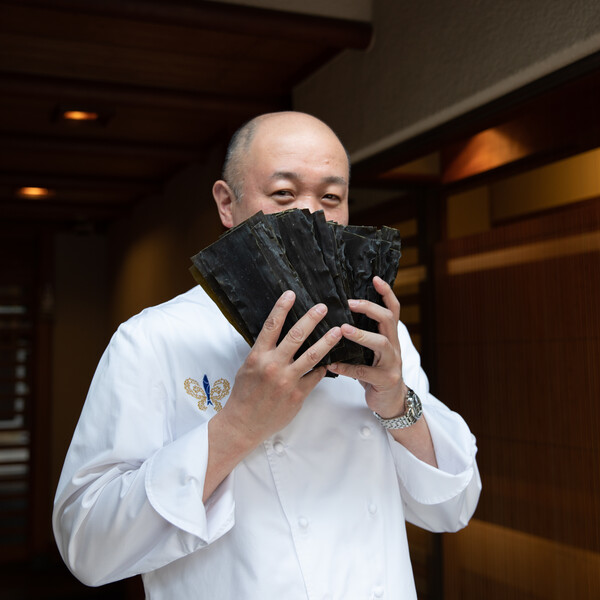 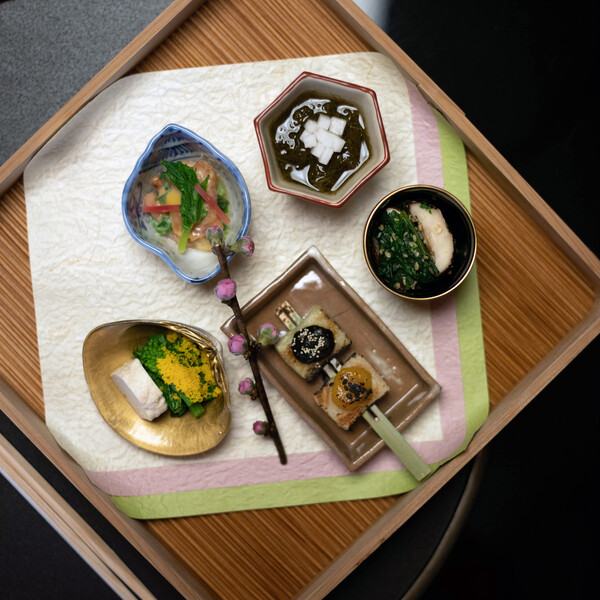 What do umi, Japanese for “ocean”, and umami, the “fifth flavor” associated with Japanese cuisine, have in common? Seaweed – a group of edible algae that has been consumed and celebrated in Japan for thousands of years, and whose delicious salinity exemplifies the taste of umami. Here, two celebrated Japanese chefs talk about their passion for this oceanic culinary wonder food – and their concerns for its future.

SEAWEED, A TREASURE OF THE SEA

It checks off every box on the virtues list – nutritionally, environmentally and more. Whether wild or cultivated, seaweed is the epic multitasker, good for practically everything: used in food, cosmetics, medicine; in agriculture as fertilizer or animal feed; in industry for manufacturing biofuel, plastics, paints, or building materials.

In Relais & Châteaux properties around the world, seaweed is used in a variety of ways, embodying a way to live in harmony with the sea while respecting the rich resources found therein. 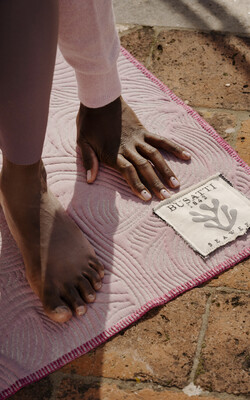 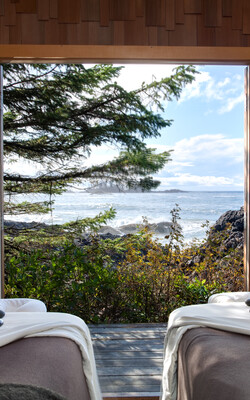